A potent memory from my freshman year at Santa Barbara City College (SBCC) is of a small-group discussion that included a short, intense, very mature Midwestern-born young male student in his mid-20s, an outgoing young woman just out of a local high school, and an unremarkable balding man who was in fact a Vietnam veteran with a distinctive lisp and rare medical condition (which caused excessive sweating and generated a heartfelt query of concern from the young high school graduate). I recall being struck both by how this gentleman’s appearance and manner contrasted with media stereotypes of Vietnam veterans, and by how much his life experience and the group’s generational diversity affected the dynamics and content of our discussion. I was to experience many such instructive and humanizing encounters with an exceptionally broad range of individuals as a student at SBCC, during my 16 years as a full-time faculty member and speech and debate director at Portland Community College, and now on occasional campus visits to the 115 locally governed community colleges in California. And considering the latest enrollment data available from the American Association of Community Colleges, I am certainly not alone.

While the pandemic has resulted in some significant decreases in community college enrollment this academic year, at the nation’s 1,044 community colleges, Fall 2019 credit and noncredit headcount enrollment was 11.8 million. Yet, despite educating more than 40% of U.S. undergraduates, community colleges are largely absent from the many reports and editorials castigating higher education for “political indoctrination,” “cancel culture,” “wokeism,” and other issues surrounding free expression. Indeed, polling consistently indicates that the nation’s community colleges have largely escaped much of the partisan divide regarding higher education as highlighted by recent Pew research surveys and other assessments of attitudes concerning U.S. higher education. Community colleges are often perceived as upholding traditionally conservative values including local control and pragmatically focused career education and training. They are viewed as institutions that support traditional values of hard work and individual effort, and as places where lower- and middle-class Americans can pursue the American dream of economic and social mobility. At the same time, progressives recognize community colleges as open-access, small “d” democratic institutions serving truly diverse populations supported by state and local shared resources with an ethos similar to libraries and other open and inclusive community-serving entities.

I will spare the reader the overdone narrative of lament from community college advocates about how we are underappreciated, misunderstood, and basically the Jan Brady of the education sector; and instead — with April’s designation as Community College Month – I proffer the following argument to Heterodox Academy supporters.

In our Balkanized political culture, community colleges are one of the few institutions and public spaces where individuals possessing divergent values, attitudes, and beliefs gather and discuss, debate, learn, and share a personal challenge (in this case, one that is primarily intellectual in nature). It is where people of varying ages, life experiences, ideologies, races and ethnicities, and socioeconomic backgrounds convene and discuss ideas and concepts. Most notably, there are three features of community college student diversity that are especially significant in countering U.S. political polarization: (1) generational heterogeneity; (2) the presence of military-connected students; and (3) student socioeconomic and racial diversity. As community college presidents Gail Mellow and DeRionne Pollard observed, “In the classrooms of our colleges, discussions of inequality, racism and immigration don’t need the ‘trigger warnings’ so hotly debated in some universities; our students live them every day.”

What is it about the three aforementioned components of community college diversity that offers hope for greater viewpoint diversity and constructive disagreement at our two-year colleges?

Community college courses, programs, and activities with participants one, two, even three decades apart in age mean the 18-year-old high school graduate commenting on the effects of a global pandemic on unemployment in the U.S. will likely possess a  perspective different from that of her 42-year-old classmate who’s been in the workforce for longer than she’s been alive. And that 18-year-old’s expectations and hopes for career advancement and affordable higher education may challenge that 42-year-old’s experience of working summers to pay for his undergraduate degree. And because that 42 year-old might have a daughter the same age as his classmate, it may serve to humanize her or at least trigger some element of his comprehension of her perspective.

A recent study found that nontraditional students tend to demonstrate more respect for others than do traditional students due to their experiences as adults, parents, employees, and caregivers. And another analysis concluded that intergenerational programs “create significant learning opportunities and a transformation in attitudes between generations.” Nonfamilial, intergenerational dialogue and discussion are rare in the U.S., while generational warfare rhetoric and segmentation are not. A 2018 Pew Research Center survey found the divisions among generations in the U.S. have grown, especially on views of racial discrimination. While intergenerational classrooms risk exacerbating generational conflict and stereotyping, as any community college faculty member will attest, that often enriches the discourse and fosters greater understanding and even respect. Community college classrooms are one of the few contemporary spaces where such ongoing intergenerational dialogue occurs.

Community college classrooms are more likely to include student-veterans, active duty, and dependents, and those with recent military service. Student-veterans and other military-connected students meet the NCES definition of nontraditional/post-traditional and are more likely to be older, first-generation college students, married, etc. However, the all-encompassing nature of military training and experience justifies its identification as a unique and important subset of post-traditional students. Military experience affects a student’s perspective in more areas than military affairs and foreign policy. Although student-veterans are still a minority, community college classrooms are two times more likely to include a student-veteran and slightly more likely to have an active-duty student. In addition to their age and demographic diversity, military-connected students and student-veterans in particular may have served overseas, confronted life-or-death situations, and had direct experience with the consequences of war, foreign policy, and related issues subject to campus debate and discussion. Even military-connected students without combat experience bring to the classroom a background and enculturation largely unfamiliar to their peers yet an important component of the country’s history, experience, and role in the world. A surface review of the literature comparing military, civilian, and higher education culture demonstrates significant differences concerning hierarchy and authority, individuality versus team or unit cohesion, communication and transparency, and a variety of other expectations, rules, and norms. While adapting to campus culture creates substantial challenges for military-connected students, their presence on campus and in the classroom can enhance viewpoint diversity and meaningful discussion.

Compared with most four-year colleges and universities, community colleges often better reflect the diversity of their communities as well as the larger U.S. population. Latinx students constitute 27% of for-credit community college students nationally, Black students 13%, with Asian American/Pacific Islander students at 6% of the national total. In addition to a larger percentage of military-connected and post-traditional students, 20% of community college students have one or more disabilities, 9% are non-U.S. citizens, and 8% already possess a baccalaureate degree. Perhaps more important, of all U.S. undergraduate students (from the latest available NCES data), 43% of Black, 53% of Latinx, 38% of Asian American/Pacific Islander, and 56% of Native American undergraduates are educated at a community college. Moreover, a significant percentage of English language learners and immigrant residents attend community college (as much as 25% in California) and bring an important and unique perspective to the classroom. The community college classroom often reflects the heterogeneity of the U.S. population and thus the discussions are more likely to be reflective of the broad spectrum of opinion of the nation’s citizenry than is apt to be found elsewhere both within and external to the academy.

Granted, demographic and other components of student diversity are a necessary yet insufficient condition of open inquiry, viewpoint diversity, and constructive disagreement. Similar to our four-year college and university colleagues, some of our institutions are more deliberate and successful in creating the conditions for robust and wide-ranging dialogue and debate in the classroom and on campus.

Just as Heterodox Academy’s annual campus expression survey excludes the growing percentage of U.S. higher education students who don’t fit the 18-to-24-year-old full-time students at a four-year institution featured in most brochures and articles in the New York Times, educators working to strengthen viewpoint diversity and constructive debate ignore the millions of undergraduates attending our nation’s community colleges at our peril. Those of us affiliated with community colleges should not only administer the campus expression survey to gauge campus climate and expression, but fortify our efforts to support and nurture our richly diverse students and our uniquely American institutions that we recognize and celebrate every year in April. 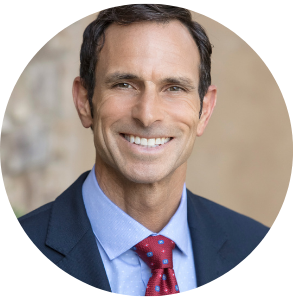 Larry Galizio is President & CEO of the Community College League of California and is a former community college CEO.

The above blog post was originally published by Heterodox: The Blog.