Welcome to the 2019 Annual Trustees Conference. Trustees are leaders when they promote and sustain their colleges’ missions to assure student learning and make a difference for their communities. They are responsible for anticipating and responding to new challenges related to environmental and architectural sustainability, leadership turnover, accountability, and changing communities. Effective governing boards ensure that their colleges continue to provide high-quality education and service.

Effective governing boards are created by dedicated, knowledgeable trustees and chief executives. Your participation in the 2019 Trustees Conference will strengthen the skills and knowledge required to lead your colleges and be accountable to your communities. Conference speakers and sessions will explore student success, fiscal responsibility, educational trends and effective trusteeship.

Thank you on behalf of CCCT for the work you do and the leadership you provide for the people of California. 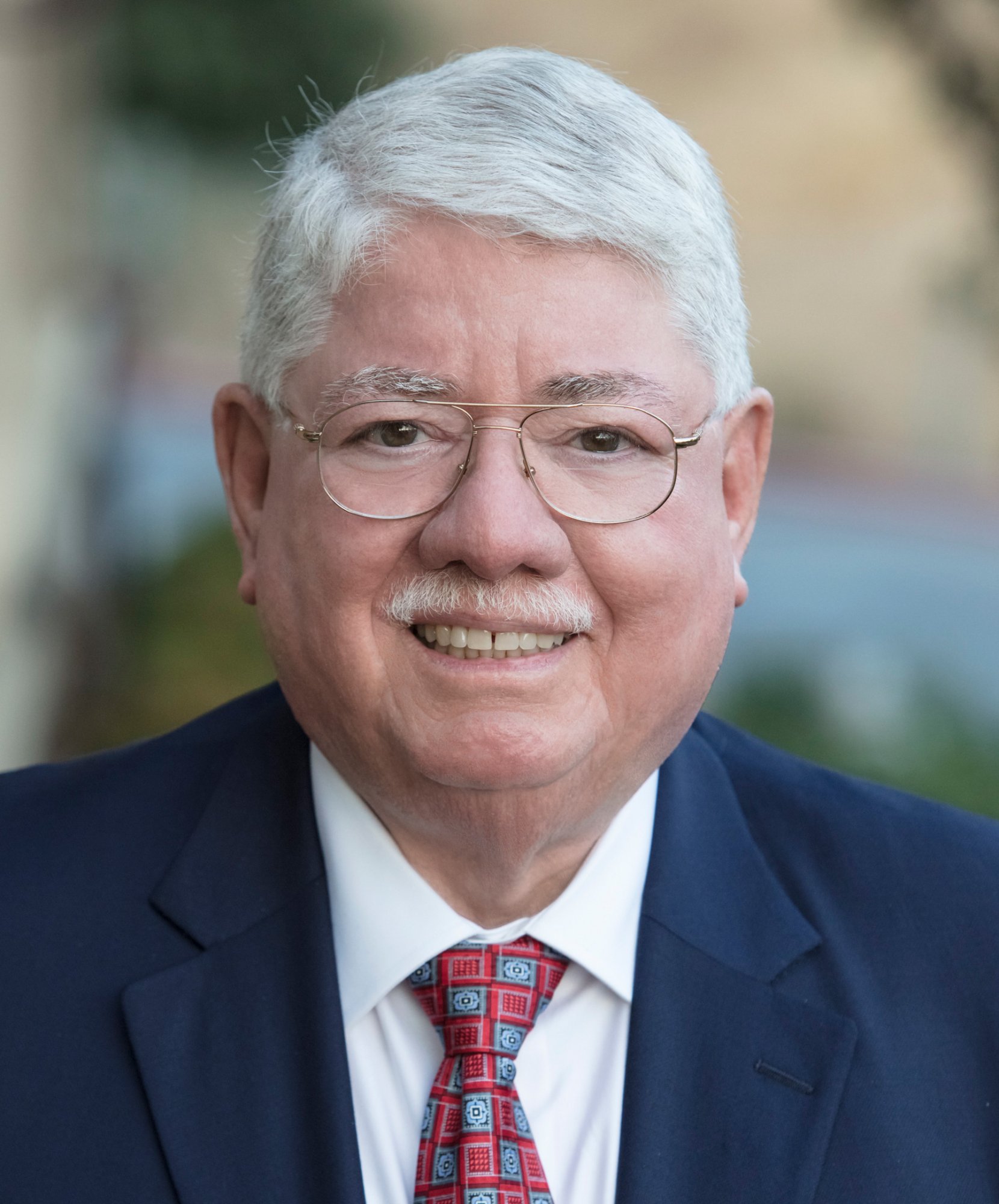 The schedule is subject to change

Registration is now closed for the following sessions on Thursday, May 2nd. Walk-ins will not be accommodated due to room capacity limitations.
8:00 a.m. – 12:20 p.m.           Policy & Procedure Subscriber Service Workshop (separate registration required)

Rooms may still be available at Squaw Creek, however, the negotiated group rate is no longer available. Nearest hotels to the Resort at Squaw Creek (be sure to review the cancellation policy at alternate hotels):

For the best rates, use Hotels.com, Priceline, or another discount hotel booking site.

A one-night non-refundable deposit of $195 will be charged to your credit card on Monday, April 1, 2019. If you need to cancel your reservation for any reason, please be sure to do so BEFORE Monday, April 1st. In the event of a “sold-out” situation, anyone unable to get a reservation should check back with the hotel after Monday, April 1st, and before Thursday, May 10th. Rooms may become available following the deposit date of April 1st.

For travel information and directions, click on the links below:

Self-Parking is included in the guest room rate. Valet parking is available at $40.00 per day

General Registration - $790  ($815 onsite)
Fee includes all breakfasts, lunches, and receptions. Dinner is on your own Friday and Saturday evenings.

Special CEO Rate - $705 (For CEOs Only)
The District Superintendent/President or Chancellor who attends with two or more trustees from their board is eligible for the special CEO registration rate. Email Sadie Brown at sadie@ccleague.org to receive the special discount code.

All cancellations must be in writing. No refunds are available if cancellation is received after April 12, 2019. For cancellations please contact Sadie Brown at sadie@ccleague.org.

Andrea Henderson will share her experiences at Umpqua Community College in the immediate aftermath of a mass casualty event. She will share lessons learned along with recommendations for action. Her presentation will also include a specific focus on the role of trustees—before, during, and after an event, along with the importance of college policies.

Andrea is a principal at CC Strategists, a consulting firm focused on public policy, trustee education, and advocacy. She brings 18-years’ experience working with trustees on public policy issues, both at the national and state level.  An attorney by training, her areas of expertise include governance, funding strategies, legislative policy issues, and advocacy.  She has given presentations on topics such as campus safety & security, the Oregon Promise program, and trustee engagement strategies.

Andrea has her B.S., Political Science from Oregon State University, a J.D. from Willamette University College of Law, and a certificate in Disruptive Innovation from Harvard University.  She served for 18 years as the Executive Director of the Oregon Community College Association.  During her time there she was instrumental in the creation of the Oregon Promise, passage of comprehensive transfer legislation, and a rewrite of the state statutes governing community colleges.  Currently, she is working on a project exploring the disruptive forces on community colleges and their impact on the future. 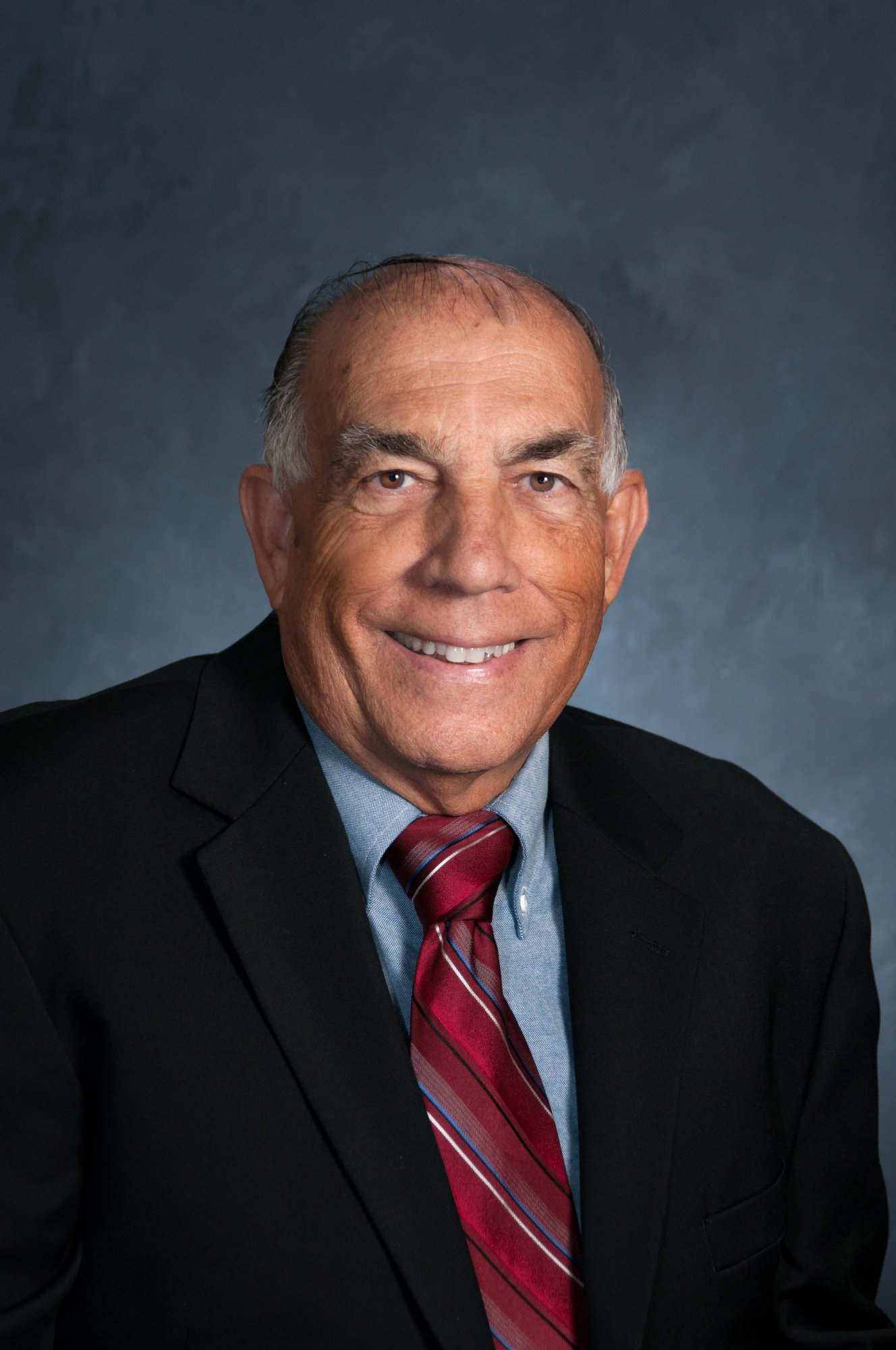 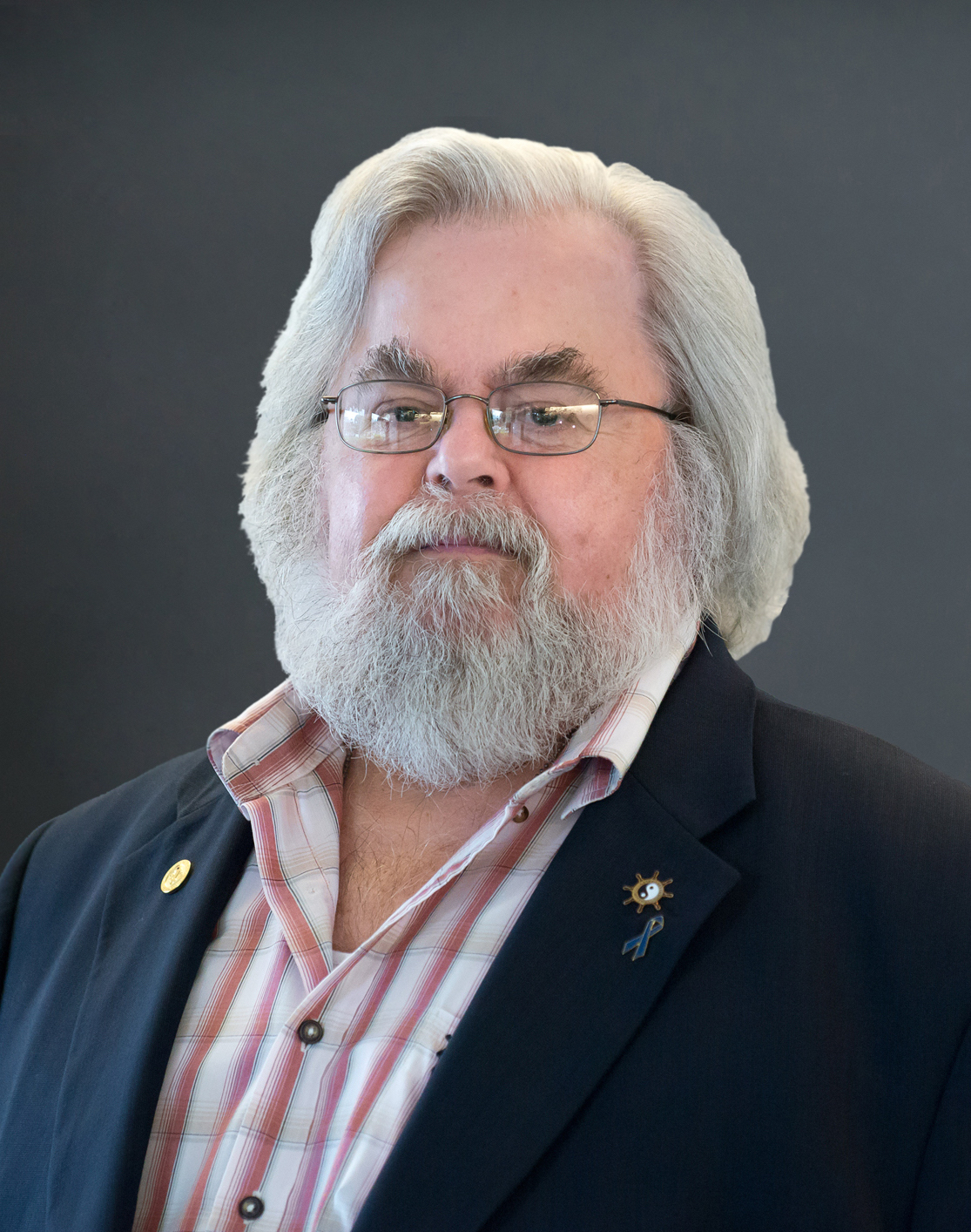 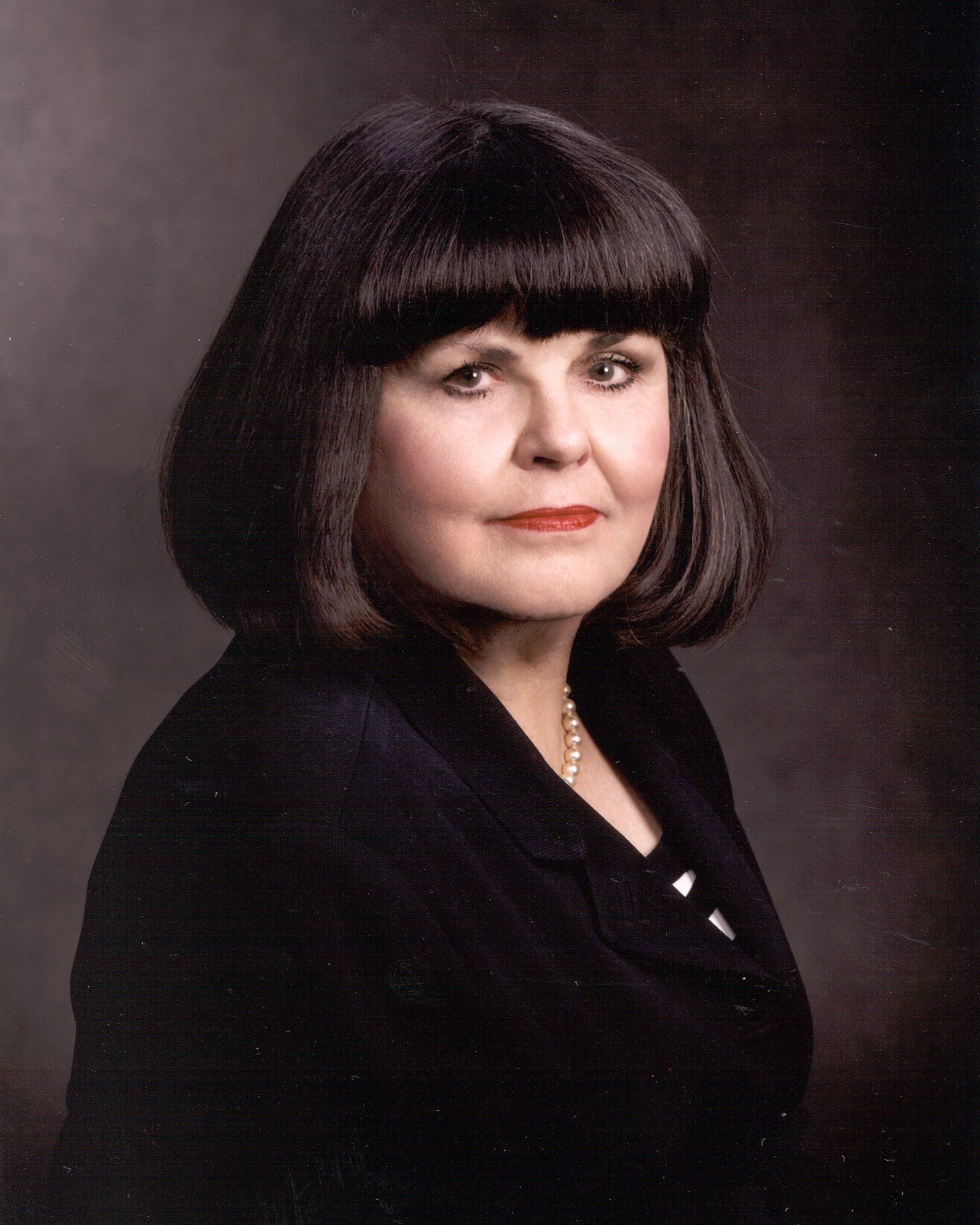 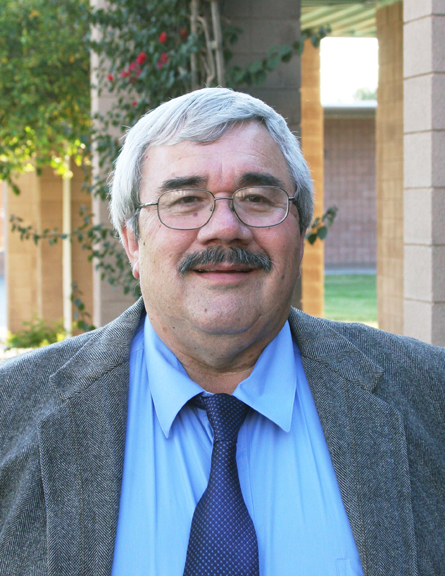 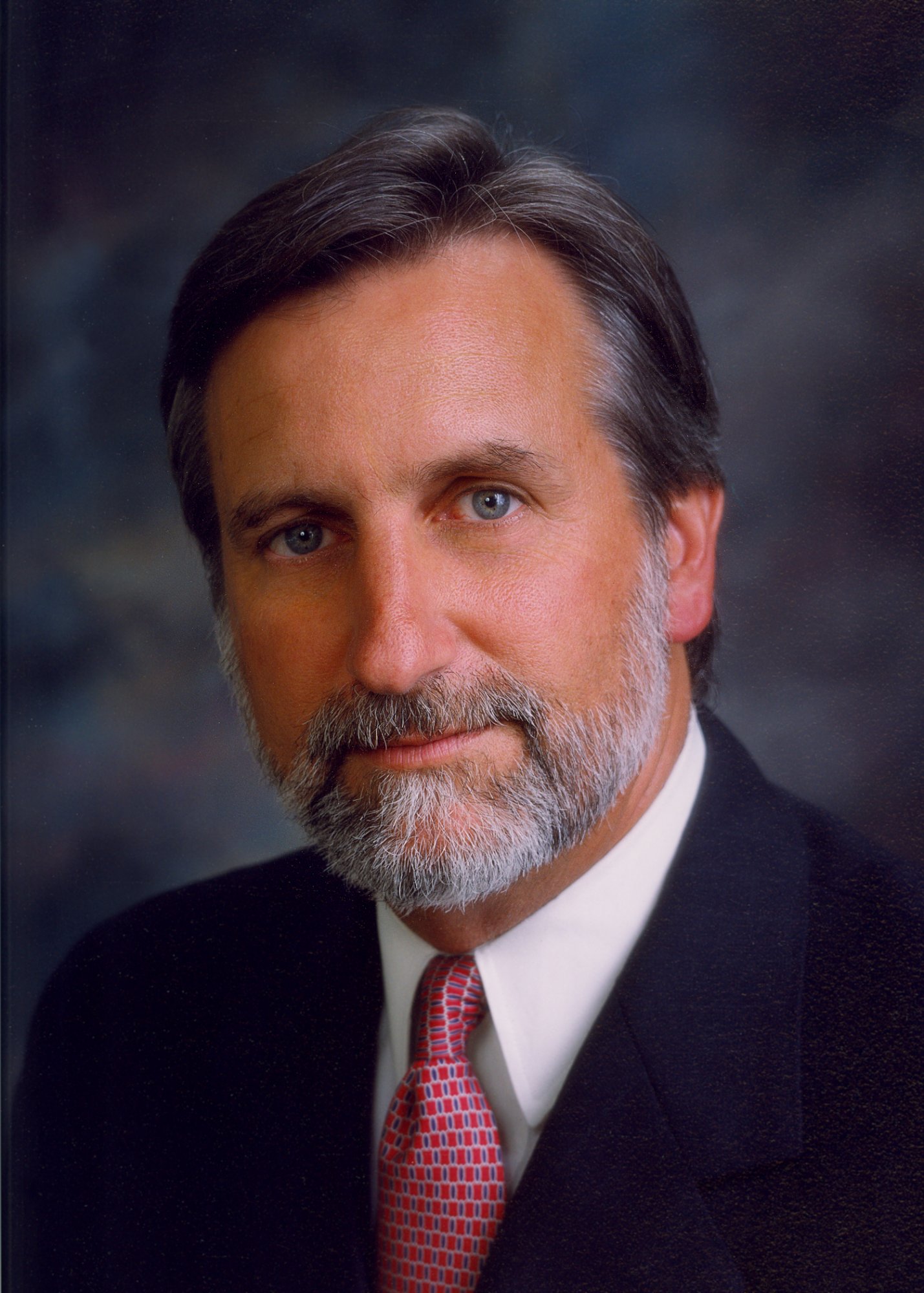 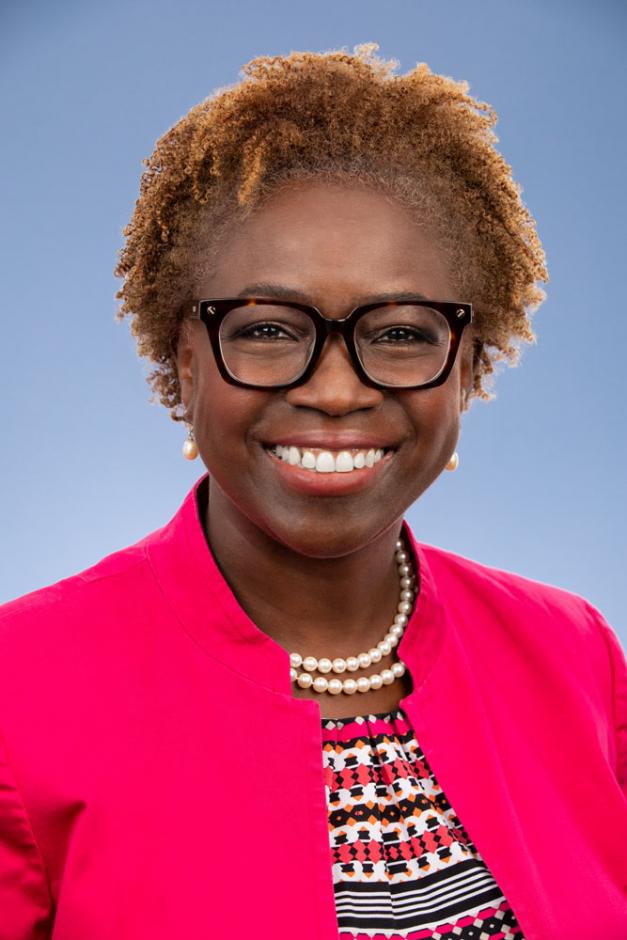 Dr. Lande Ajose, 52, of Oakland, has been appointed Senior Policy Advisor for Higher Education in the Office of the Governor. Ajose has been executive director of California Competes, which develops and advocates for bold yet pragmatic policies to boost California’s postsecondary degree attainment. Her background in higher education spans college admissions at Vassar College, education and workforce development at the James Irvine Foundation, and research and evaluation at MDRC, where she managed a comprehensive evaluation of the Achieving the Dream initiative. In 2014 and again in 2018, Governor Edmund G. Brown Jr. appointed her to the California Student Aid Commission, where she currently serves as Chair, and in 2016 Governor Brown appointed her to the Committee on Awards for Innovation in Higher Education. She serves on several boards and commissions, including the WASC Senior College and University Commission, the Institute for Higher Education Policy, and on the advisory committee of the Higher Education Policy Center at the Public Policy Institute of California. Continue reading... 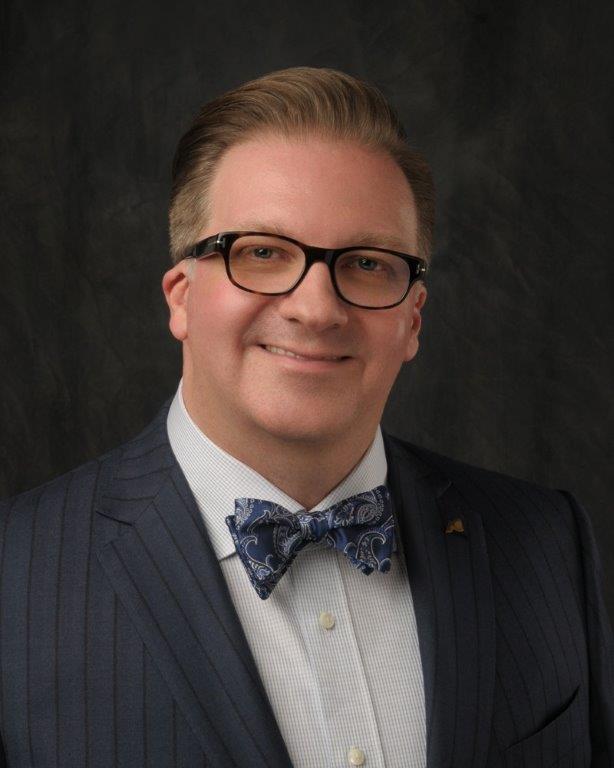 Lowery-Hart joined the AC administration in 2010 following a dozen years as a member of the faculty and administration at West Texas A&M University, an alma mater where he had risen to associate provost for academic affairs. 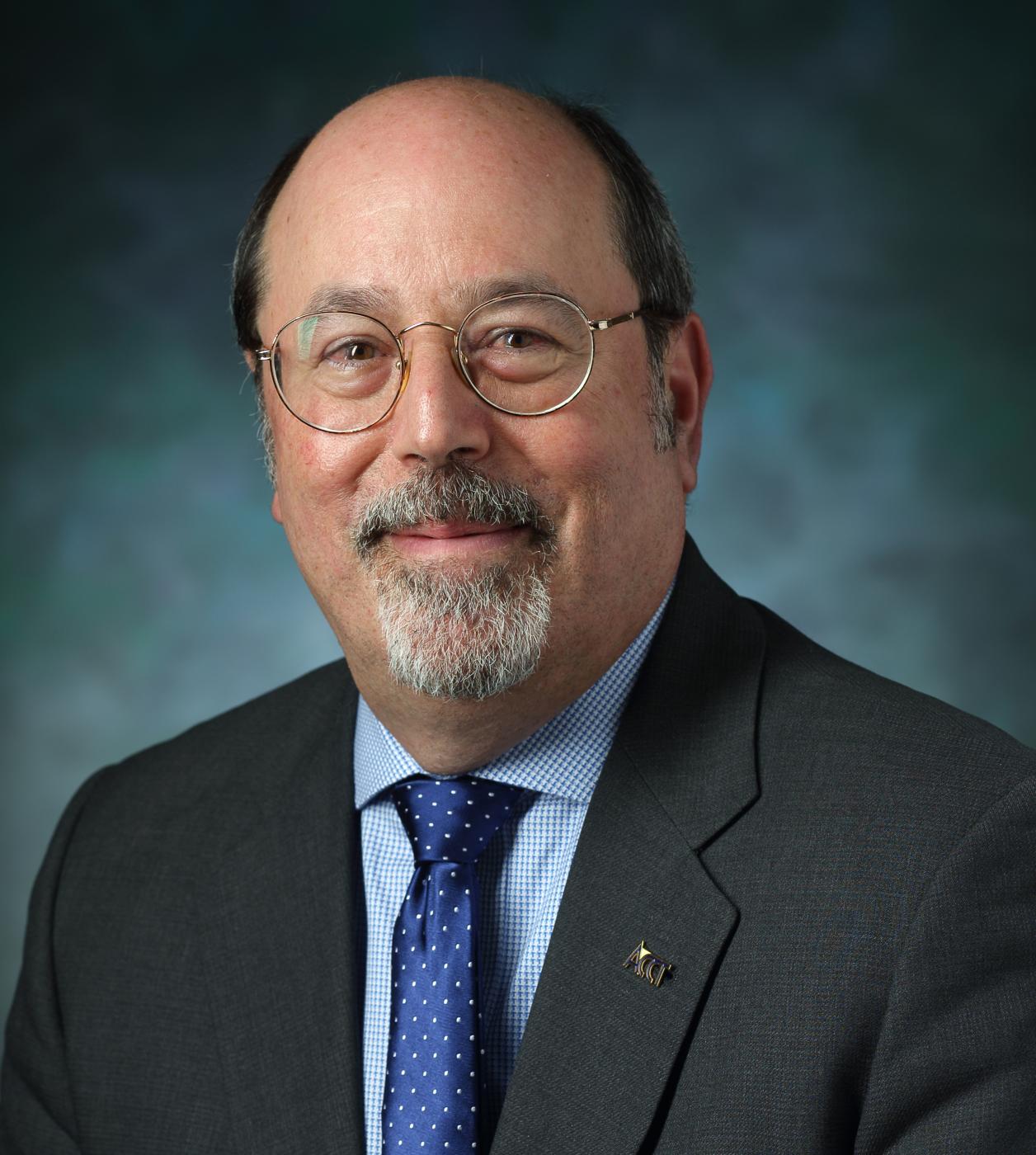 J. Noah Brown is a widely recognized and award-winning higher education policy and governance expert, author, and educator whose experience spans more than three decades in the nation’s capital working in the nonprofit sector. Noah has served as president and chief executive officer of the Association of Community College Trustees (ACCT) since 2005 and has worked for the association since 1996. He also serves on the faculty for the Doctorate in Community College Leadership program at Ferris State University in Michigan. Noah’s inaugural book, First in the World: Community Colleges and America's Future, won the 2013 Bellwether Book Award.

Noah has earned a reputation as a popular speaker at a wide array of events, including college commencement and convocation ceremonies, international conferences, state college association conventions and other events. He has been featured in PARADE magazine's "Intelligence Report" and has contributed writing to a number of publications, currently serving as a contributing columnist to FE News, one of the United Kingdom’s foremost further-education publications, and is a regular commentator for Higher Education Talk Radio. Continue reading... 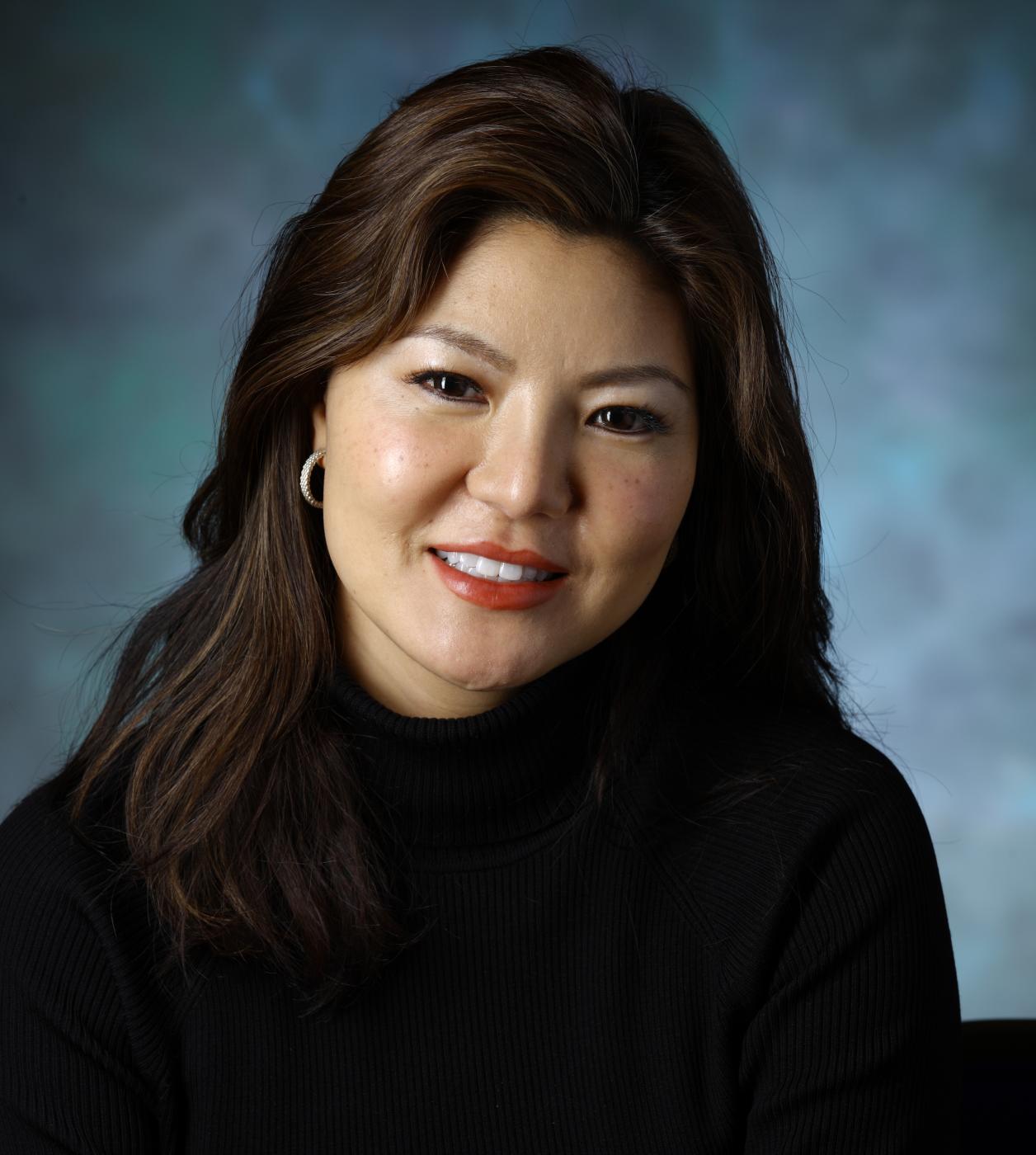 Emily Yim is Executive Director of the Washington Alliance for Better Schools, a collaboration of 10 school districts and the University of Washington, whose mission is to leverage resources, talent and intellectual capital to help over a quarter million students graduate career and college ready. Emily is also a member of the Washington Alliance for Geographic Literacy and a "member at large" on the TACTC Board of Directors (Trustees Association of Community and Technical Colleges). Continue reading...

Board and CEO Executive Assistants Workshop (EAW)
Thursday, May 2 – Friday, May 3

The annual Executive Assistants Workshop (EAW) begins at 2:00 p.m. on Thursday (registration opens at 1:00 p.m.) and ends at 4:00 p.m. on Friday. All executive assistants who assist governing boards and chief executive officers are invited to attend. Separate registration materials are mailed and posted on the League's website.

Participants of this workshop are invited to attend the rest of the Annual Trustees Conference (ATC). Those who wish to do so must pay for their meals. To attend ATC please select the meal ticket rate(s) on the EAW registration form for the days in which you plan to attend.

NEW: A“Bonus” Pre-EAW Session on BoardDocs Features & Functions
This year, the Executive Assistants Workshop (EAW) will feature a “bonus” pre-EAW Session titled BoardDocs Features & Functions on Thursday, May 2 from 12:30 – 1:50 p.m. (consider inviting your trustees to attend this bonus session to learn the latest about using BoardDocs). NOTE: The "Bonus" Pre-EAW BoardDocs Session on Thursday, May 2 has reached room capacity. Additional walk-ins may not be accepted.

Sunday, May 5, 8:30 a.m. – 9:30 a.m. (light breakfast at 8:00 a.m.)
The annual meeting of the California Community College Trustees includes the election of the CCCT officers for 2019-2020, the annual report of the association's work, introduction of newly elected board members, and an opportunity to provide direction to the CCCT board on major issues facing local boards and their districts.

The slate of nominations for officers is:

Nominations will also be accepted from the floor prior to the election. 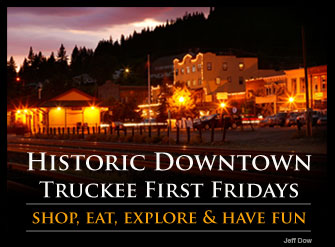 Friday, May 3
Welcome Reception and Evening in Old Town Truckee
Enjoy a light reception networking with your colleagues and a few tunes from Sierra College’s talented musicians! Afterward, head into old town Truckee for dinner and historical First Friday! Take the continuous shuttle heading into downtown Truckee and look for the First Friday flags that will be displayed at participating businesses. 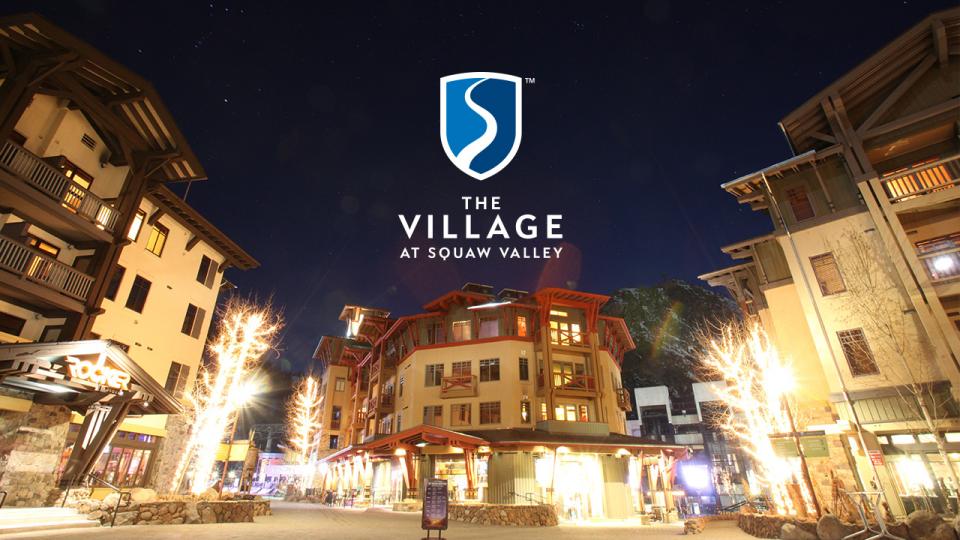 Saturday, May 4
Networking Reception
Following a great line-up of informative sessions, join your colleagues for a light wine and cheese reception while you network, discuss the day’s events, and enjoy Sierra College Jazz. Following the reception, use the Resort at Squaw Creek’s complimentary shuttle for the 5-minute ride to the Village at Squaw Valley, where you’ll find a number of restaurants and pubs.  With multiple shuttle runs each hour and transporting from 7:00 a.m. – 10:00 p.m., exploring the Village at Squaw Valley is a good choice for this open evening.

9:45 a.m. - 10:45 a.m.
Legacy Society: Creating a Planned Giving Arm of Your Foundation
Inmate Education Methods and How This is an Equity Issue
Engaging K-12 Students

The League thanks Sierra College for its outstanding participation in the 2019 Annual Trustees Conference.