The League’s Annual Convention is the premier professional development event for California community colleges – faculty, administrators, staff and trustees. This event brings together more than 600 attendees and provides opportunities for colleagues and partners to share their tools, models, and accomplishments.

This year’s theme, Eyes on the Horizon, will bring together California community college professionals and state and national leaders, who will share their knowledge and experience.

The 2018 Annual Convention will once again offer great value while keeping costs down, and quality high!  You’ll discover:

ATTENTION: Full payment for conference registrations are due by credit card at time of registration. For questions regarding registration, please email Sadie Brown at sadie@ccleague.org.

Online registration for the 2018 Annual Convention closes on November 2, 2018. Registration will be available onsite.

All refund requests must be made in writing. To request a refund for your registration email Sadie Brown at sadie@ccleague.org. A $50 processing fee will be charged for all cancellations. No refunds will be issued for cancellations made after Friday, November 9.

(Schedule and Topics are Subject to Change) 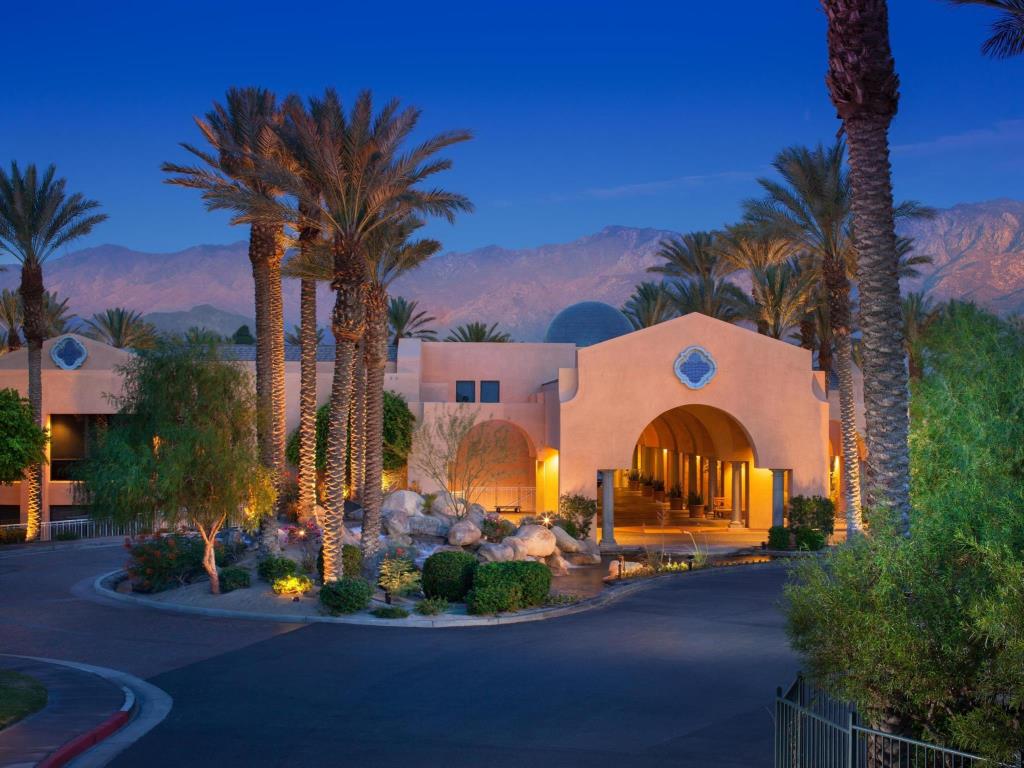 All Convention events will be held at the Westin Mission Hills, Rancho Mirage. Picturesque mountain views and a secluded location offer an ideal location for meetings, networking and relaxing. Lush landscaping creates an oasis where guests of all ages can enjoy a multitude of recreation opportunities. Convention attendees also receive complimentary access to hotel’s fitness center and guest room Internet access. We encourage you to extend your stay prior to or after the convention for a relaxing getaway!

The Westin Mission Hills is a resort property and that guest rooms are spread out over the property.  If you have mobility issues, please be sure to mention that you’d like a room near the convention facility when making your reservation.  Additionally, you may request a golf cart for transportation from your room to the convention area by calling the front desk 15 minutes prior to the time you wish to leave your room.

PLEASE NOTE: THE CONVENTION ROOM BLOCK IS SOLD OUT!

With higher than average registration numbers, the hotel room block is sold out. We recommend using this link or another online hotel reservations site to make reservations at an alternate hotel. After making your reservation, you’re welcome to call the Westin (760-424-3283) and request to be placed on a waiting list to be included in the League's Annual Convention hotel room block. You will be notified in the event of a cancellation and can then cancel your alternate hotel reservation. We recommend making an alternate reservation in the event cancellations do not occur.

Nearest hotels to the Westin (be sure to check cancellation policy on alternate hotels):

The Westin’s Balloon Glow and Swing Dance – See event poster
The Westin Mission Hills Hotel & Spa invites Convention attendees to the 2018 Balloon Glow Concert & Swing Dance, benefitting the American Heart Association. The Westin has made tickets available to attendees at a discounted rate of $25 (regular rate is $40). Food and beverage will be available for sale at the event. To purchase tickets, use this link and select “General Admission.”

“The River” at Rancho Mirage
The River boasts a park-like waterfront with an entertainment amphitheater, live music, fountains and cascading waterfalls and numerous restaurants and shops.  A great place to enjoy the evening!

Visit the following links for travel, hotel and area information: 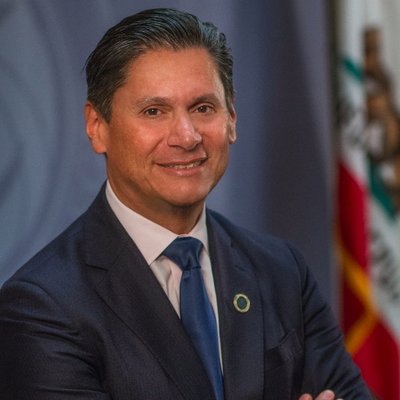 The California Community Colleges Board of Governors appointed Eloy Ortiz Oakley as chancellor for the California Community Colleges beginning December 19, 2016. Eloy Ortiz Oakley is best known throughout California and the nation for implementing innovative programs and policies that help students succeed in college. Oakley strongly believes that California’s emerging economies demand a workforce with quality credentials and that the state’s 114 community colleges play a pivotal role in moving California forward. Continue reading... 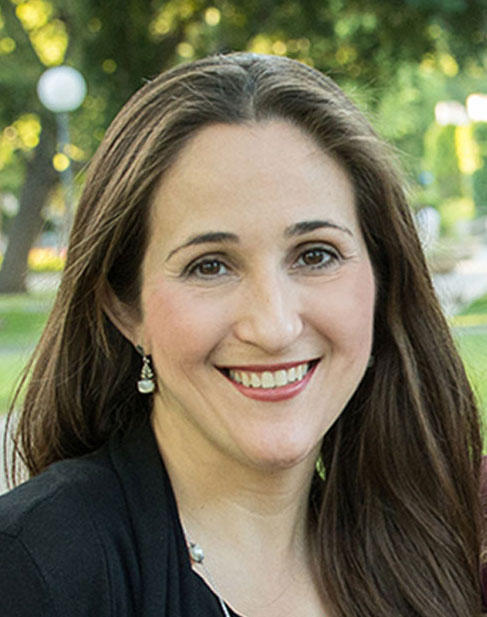 Mindy Romero is the founder and director of the California Civic Engagement Project (CCEP) at the University of Southern California’s Sol Price School of Public Policy, in Sacramento. Romero is a political sociologist and holds a Ph.D. in Sociology from the University of California, Davis. Her research focuses on political behavior and race/ethnicity, and seeks to explain patterns of voting and political underrepresentation, particularly among youth and communities of color in California and the U.S. Continue reading... 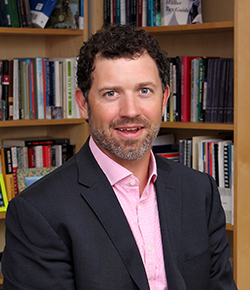 Chris Hoene became the Budget Center’s executive director in October 2012, bringing to the organization 15 years of leadership in state and local policy research and analysis. He leads the strategic direction of the organization, acts as primary spokesperson, and works with the board of directors and community partners to implement our vision and mission. Prior to joining the Budget Center, Chris was director of the Center for Research and Innovation at the National League of Cities in Washington, DC, leading efforts to analyze trends in local and state government and promote constructive policy action on issues including public finance, economic development, housing, poverty reduction, infrastructure, and governance.  Continue reading... 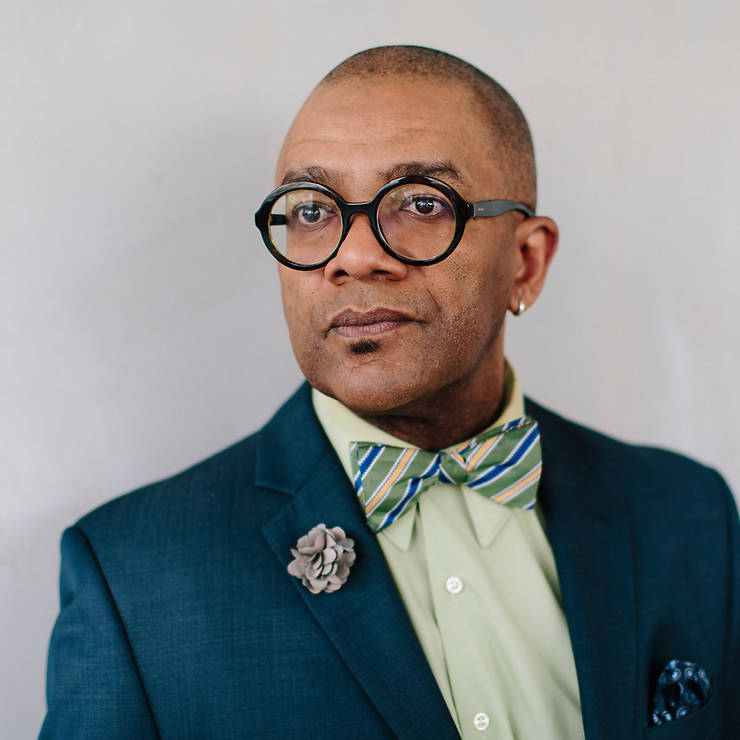 Professor James Lance Taylor is author of the book Black Nationalism in the United States: From Malcolm X to Barack Obama, which earned 2012 "Outstanding Academic Title" - Choice: Current Reviews for Academic Libraries. (Ranked top 2 percent of 25,000 books submitted and top 8 percent of 7,300 actually accepted for review by the American Library Association). Rated “Best of the Best.” The hardback version sold out in the U.S. and the paperback version was published in 2014. Continue reading... 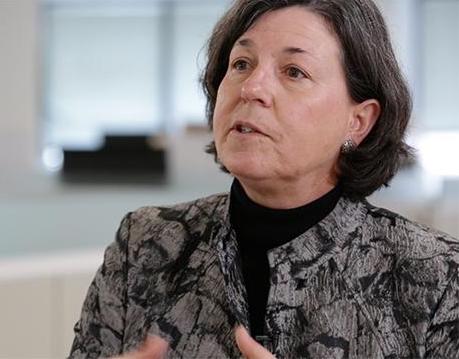 Since becoming President and CEO in 2015, Achieving the Dream, Inc., (ATD), Dr. Karen A. Stout has led the growth and expansion of ATD’s national network of community colleges to include new initiatives in a number of areas critical to their ability to advance their goals. For example, under her leadership, ATD has expanded the Network to include 32 tribal colleges and universities, positioned ATD as a vital partner in the guided pathways work, created a new model around scaling advising redesign, developed “zero textbook” degree initiatives using open education resources (OER), designed non-cognitive wrap around support systems, and placed teaching and learning at the center of institutional change efforts. Continue reading... 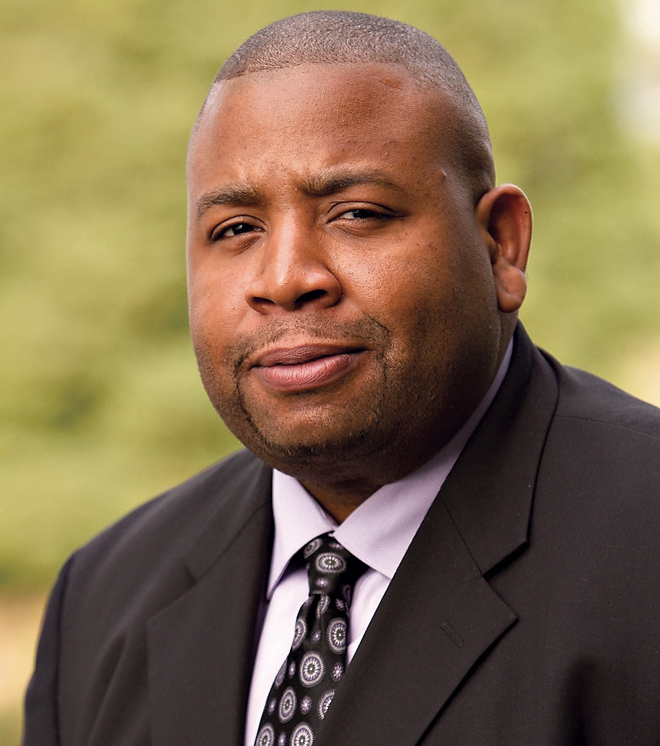 Keith Curry joined Compton College in 2011. Curry led Compton College through the restoration of its accreditation and helped it become California’s 114th community college. Prior to his role as President, Dr. Curry served as the El Camino College Compton Center dean of student services since 2006. Continue reading... 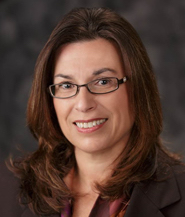 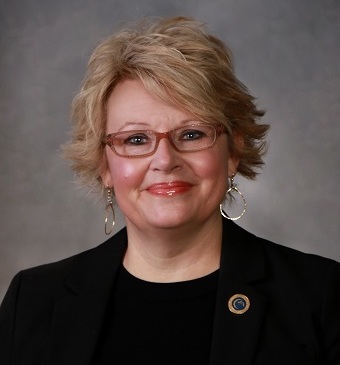 Laura Hope joined the Chancellor’s Office in August 2017 as executive vice chancellor for Educational Services, a post responsible for overseeing Academic Affairs and Student Services. She provides both leadership and technical assistance for policy and programs supporting student access, equity and success and is playing a critical role in the widespread adoption of the California Community Colleges’ Guided Pathways framework. Continue reading... 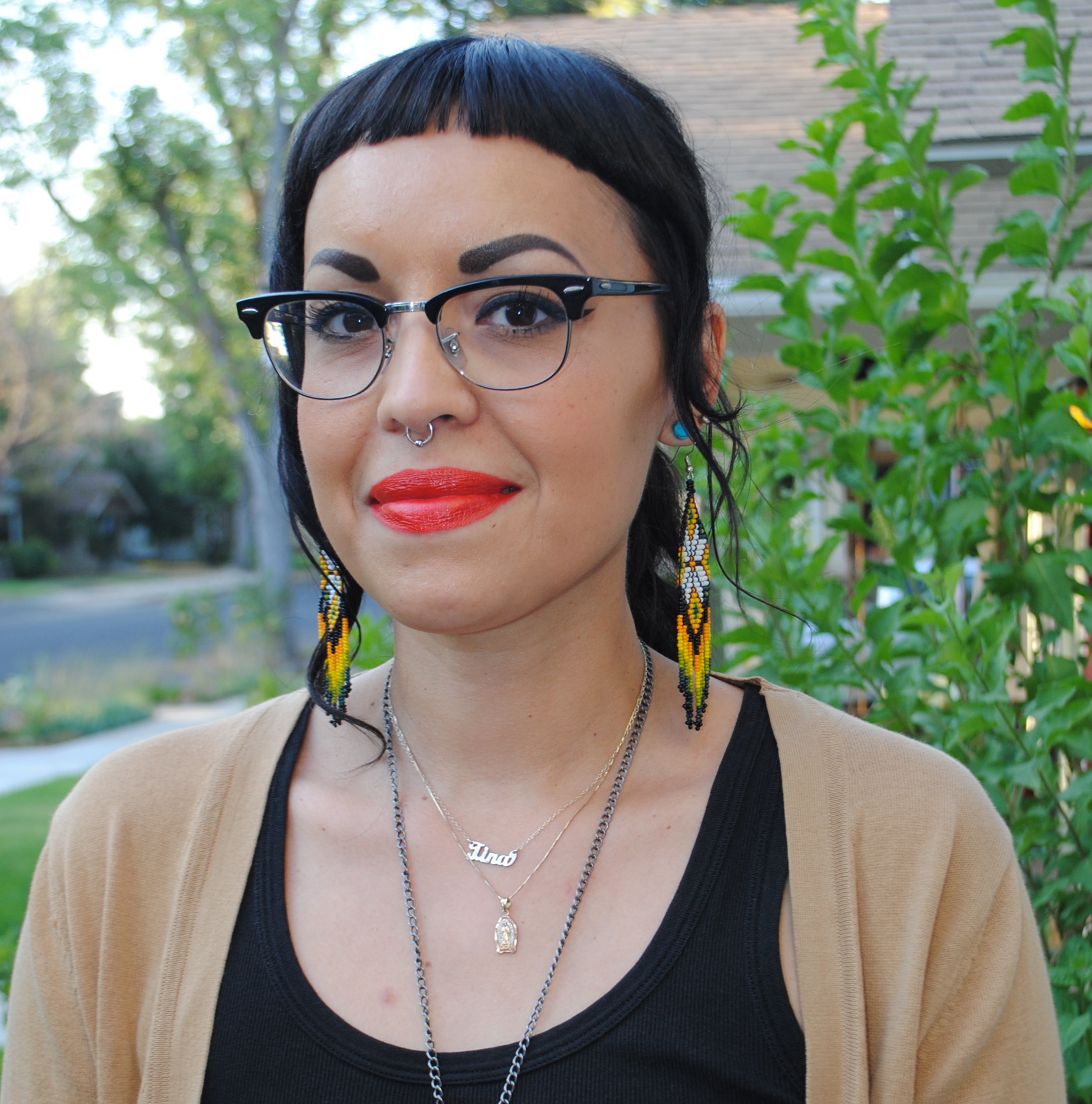 Tina Curiel-Allen is a Xicana/Boricua poet and writer, and formerly incarcerated. She is currently in her last year as an undergrad student at UC Davis, studying Xicanx Studies with a focus on Social Policy. Continue reading...

Below is a list of events and sessions you don't want to miss during the 2019 Annual Convention.

(open to Thursday only and full convention registrants)

Browse the aisles and take a look at the fantastic array of goods and services provided by Convention exhibitors specifically geared for California’s community colleges. Shop, mingle, mix, eat, drink and enjoy the great student entertainment!

Come meet our California Community College State Chancellor and members of the Board of Governors!

(open to Friday only and full convention registrants)

Grab some coffee, a light morning repast, and stroll our Corporate Partner, sponsor, and college showcase!

Friday morning's General Session will give you a breakdown of the 2018 General Election. What happened? Why? And what does it mean for California’s community college students, leaders and stakeholders?  The discussion will be moderated by League President & CEO Larry Galizio. Panelists include:

Don’t miss one of the high points of the convention…the Gala Reception! Step back in time to late 1950’s Palm Springs – where cool and sophisticated fashion, sleek architecture and furnishings, and a burgeoning Vegas music scene were “desert de rigueur!” Relax in a vintage setting and sample delectable culinary offerings and refreshing beverages. Enjoy host district student entertainment and a few unexpected surprises!

(open to Saturday only and full convention registrants)

Many community college associations hold membership and business meetings, workshops, and receptions or other events in conjunction with the League’s Convention. If your association is interested in holding such an event, please contact Cherie Savage at csavage@ccleague.org /916-444-8641.

7:00 a.m. – 8:15 a.m. (By Invitation Only)
Community College League of California Board of Directors 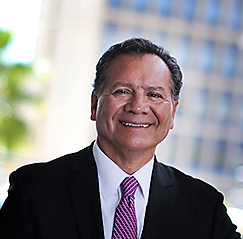 The prestigious California Community College Distinguished Alumni Award will be presented at the 2018 Annual Convention on Friday, November 16, 2018. Past recipients of this award inspire us all as they share their stories, accomplishments and contributions, reminding us of the importance of our efforts. The 2018 Distinguished Alumnus/Alumnae will be announced in August and the award will be presented at Friday’s General Session and Lunch.

The League has recognized distinguished alumni of California’s community colleges since 1964.  We invite you to check out this impressive list of past winners.

The Educational Showcase provides an outstanding opportunity to learn about services and products that enhance our ability to serve our students and communities. Showcase hours begin with a special preview on Thursday, November 15, and end Friday afternoon, November 16, with a grand prize giveaway. A variety of companies will be represented including financial services, educational technology and support providers, bookstores, private contractors, educational consultants, and others.

Win just by attending the Educational Showcase and visiting our exhibitors, and by being present at the closing luncheon and submitting a convention evaluation!

California community colleges and districts are invited to highlight their colleges and programs with an exhibit in the Educational Showcase. Receive discount pricing by selecting the “College” Exhibitor link.

For information to register as an exhibitor or sponsor, download the 2018 Exhibitor and Sponsor Brochure. For questions, please contact Lisa Mealoy, Director of District Services and Development, at lmealoy@ccleague.org.

Special thanks to College of the Desert (Convention Host District) and East Los Angeles College (Guest Host College) for providing student talent and other college resources for this year’s Convention.