Later this month, the Senate Education Committee will hear AB 1435 (Gonzalez Fletcher), a bill that puts at risk many of the collegiate athletic programs at higher education institutions, including California’s community colleges.

AB 1435 would create a new one-size-fits-all bureaucracy with significant regulatory powers over collegiate athletics. AB 1435 would create a panel that could craft regulations for all collegiate athletics and have significant oversight powers that are duplicative of the functions of the California Community College Athletic Association (CCCAA) or the United States Department of Education. The panel would have:

California’s community college programs have already implemented policies and procedures to ensure the academic success and well-being of our student athletes. Colleges also have extensive policies designed to increase student success or that distinguish us from programs at four-year institutions, such as:

We urge your district/college to share your concerns.  Please send letters to the Senate Education Committee by June 20. 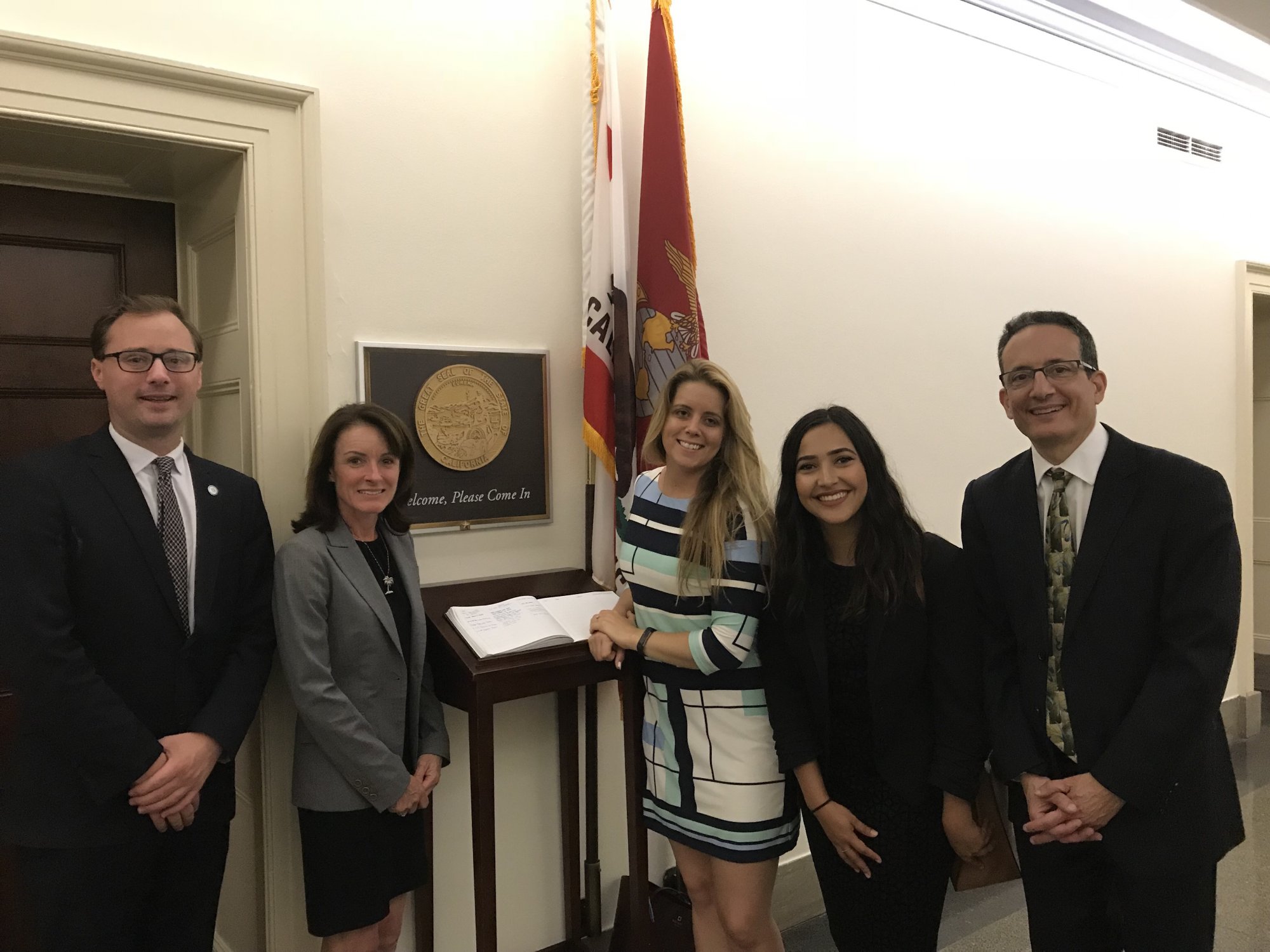 This week, the League and the Faculty Association for California Community Colleges (FACCC) joined forces in Washington, DC to oppose the PROSPER Act and advocate for DACA students.  In meetings with several of our national leaders, the League and FACCC shared the community college federal priorities and highlighted the importance of colleges programs in advancing the workforce and economic mobility.

PROSPER Act to be Heard in Late June:
The U.S. House of Representatives is expected to act on HR 4508, the PROSPER Act, to reauthorize the Higher Education Act. HR 4508 includes a number of concerning provisions that would harm our colleges and the students we serve.

The League urges districts to inform their congressional representatives on the harmful provisions of the PROSPER Act.  Below is a template letter of opposition that districts can send to their Congressional leaders.

Below are the most problematic parts of the bill:

A possible vote is expected in the U.S. House of Representatives around DACA bills after mounting pressure from both moderates and conservatives to take some action on immigration reform. House Republicans will vote on two immigration bills that include provisions for Dreamers. The floor votes are an effort to stop an immigration discharge petition being advocated by a growing list of Republicans and Democrats. One of the proposals the House will consider is a measure drafted by Judiciary Committee Chairman Goodlatte and the second is a compromise package by Speaker Ryan in consultation with moderate and conservative Republicans.

Join the League's Government Relation staff for a webinar to hear about key policy and budget efforts being considered at the state and federal level. Updates will include efforts to oppose the PROSPER Act, key state bills affecting community colleges, and a summary of the 2018 Budget Act.

Online College:
The Budget Conference Committee approved the Senate version with modifications, including:

Community College Funding Formula:
On a unanimous vote, the Conference Committee adopted the following compromise to on the adopts a new formula for community colleges that includes the following:

While not part of the Conference Committee discussions, the 2018-19 Budget Act does include funding for two League priorities:

Financial Aid Technology & Innovation – The landscape of financial aid is changing rapidly at community colleges with increased responsibilities placed on financial aid offices for which they are unprepared to absorb. The budget provides an augmentation of $5 million ongoing and $13.5 million one-time for technology advancement and innovations to modernize our financial aid systems.

Open Educational Resources – The budget includes an investment of $6 million in one-time funds for a statewide effort open educational resources (OER) to be led by the Academic Senate (ASCCC). It is an important step to combating the high cost of textbooks. 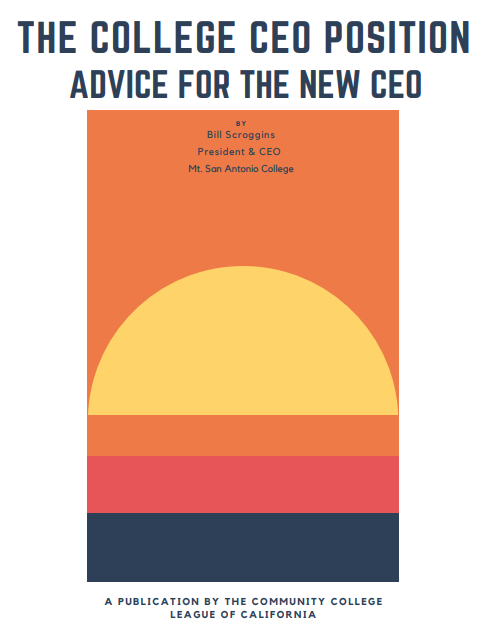 Check out the League’s new publication! The College CEO Position: Advice for the New CEO, was written by CEOCCC Board member and Mt. San Antonio College Superintendent/President Bill Scroggins.

Check out the League’s full list of federal grants available to community colleges! Visit our Federal Grants page at: www.ccleague.org/federal-grant-opportunites