Undocumented, Yet Unafraid: Fighting for Citizenship

It’s easy for undocumented people to feel less human when they don’t have a paper validating their right to live in a country that promised them freedom and security. But regardless of their immigration status, California Community Colleges are committed to serving all of its students. In an effort to share the experiences of undocumented individuals, I reached out to a few California Community College undocumented students and asked, “What is at stake and what would citizenship mean to you?” These are their stories:

Josue, Fresno City College
The first time I realized I was an undocumented immigrant was when my third grade summer school teacher pulled me aside to ask me, “When did you arrive to the U.S.?”  Being a nervous child with broken English, I was unable to muster up a response and instead broke into tears. To this day, I still remember the conversation I had with my mother that night when I found out I was undocumented. At such a tender age, I was already exposed to the fear of deportation, crippling what little confidence I had. I was dragged into a cruel reality where only fear and loneliness existed, and from that moment on, I had vowed to never show my true colors again. I was constantly warned not to reveal my undocumented status, as there were people out there who only wanted to hurt me. From the ages of six to eighteen, it was as though I was erasing half of myself. Citizenship would mean that I would not have to live in fear of who I am or who I discuss my status with. It would also allow me to take care of my family with dignity in their old age.

Ji Lin, East Los Angeles College
The only memory I have of arriving in the United States is one where my mother is weaving through a sea of chaos with me clenching her jacket sleeve as if it were a life vest. At five years old, I was oblivious to the fact that my mother had relinquished control to these uncharted waters, uncertain of the direction she was heading. The odds were truly stacked against her – a single mother who spoke as much English as her five-year old child, a stranger who did not have acquaintances in this new world, and an undocumented woman when she made the difficult decision to over stay her tourist visa – and yet, my mother persisted and worked hard to create opportunities for me. Still, even as industrious as my mother was, her legal status was a vulnerability that subjected her to impotence and fear. These feelings epitomized when she finally accrued enough funds to seek consultation from an immigration lawyer in an attempt to depart from a life dictated by the fear of deportation, and his services turned out to be a scam as he fled with her money. Due to a lack of resources, she could not challenge this and she had to accept that inability was her reality.  For a long time, powerlessness was an invasive theme in my life when I found out I was undocumented. The fear of deportation muzzled my voice and crippled my confidence. I felt that my voice did not matter. Citizenship would give my mother and I the voice that we need in this world to make a change to better our lives.

Alejandro, Shasta College
When I was 17 years old I had to run away from home. With nowhere to go, I decided to hitchhike from Southern California to New Orleans. This trip forced me to sleep in several homeless shelters and under various bridges. Although I was determined to spend the rest of my life as a vagabond, as the unhealthy nature of my home life left me with some deep emotional wounds, I ultimately realized that I had to change this mentality. As an undocumented individual, I believed that college or higher education was not an option for me. I was lost. I changed my perspective once I began talking to people under similar circumstances. Although the people I spoke to had a diverse array of backgrounds, with some blaming their destitution on  our broken foster care system while others blamed our most recent recession, they all had one unifying regret: not pursuing a higher education. These answers made me come to an important realization: higher education serves as our nation’s most effective tool for social mobility. This convinced me to not only go back to school, but also help other disadvantaged students. Citizenship would remove barriers in my career that will allow me to become a public servant for those that feel helpless. 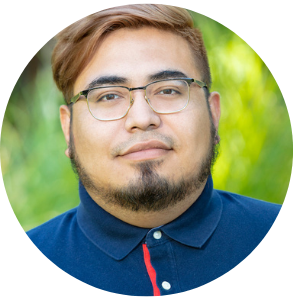 Gerson Liahut-Sanchez is the Government Relations and Communications Fellow for the Community College League of California.